This beautiful painting is in representation of a rainy day, downtown in a city where you may be living.  I have captured the essence of the busy downtown  area to show a uniqueness of traffic, and how a city can  transform ​​​and make you think twice about getting out there in it if you don’t have to. “Tread Carefully “ 16x20 Acrylic on Cancas.

Welcome to My Artwork Display​

I really enjoy painting!  It's because I've developed a deep desire to create art, so this is why I'm so exciting to share my artwork with you and your love one's. The artwork of

Zayedz Designz Enterprize has been featured in regional galleries and favored by local art collectors.  To view a sampling of the artist's work, read a bio, and learn about upcoming shows, please visit www.zayedz.com for an array of wonderful art selections. 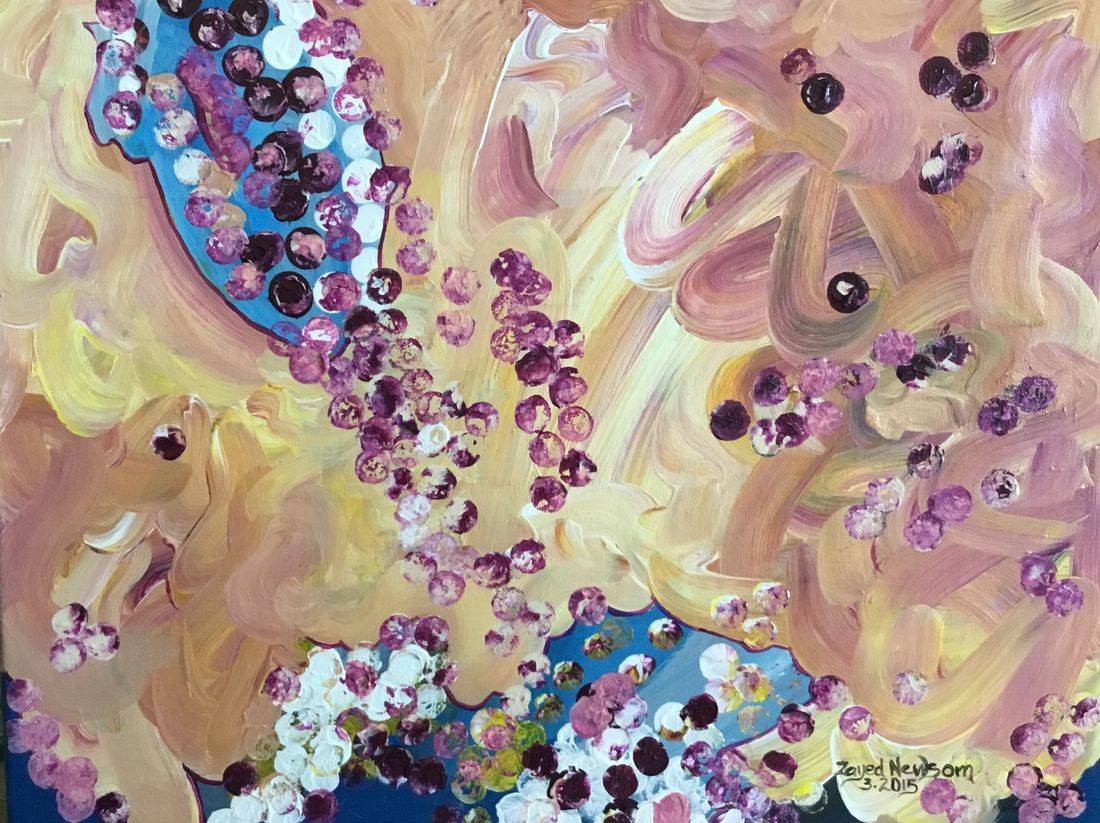 St. Louis, MO my parents always listened to the local radio station.  There was a contest going on about a song, and the song was called

Fried Marbles.  The object was to name how many times the singer mentioned the words fried marbles in the song. Well, I was the winner to give the correct amount of times fried marbles was mention in the song. So my parents took me to the radio station to pick up my prize, and it was a marble with golden glitter inside on a chain, hence "Fried Marbles" 3-2013  There were four different types of the Fried Marbles series, however, two of them have sold!

This is my 3D department, all paintings are in a 3D motif. You may visit the store to view all selections.

Here you'll find "Painted Stones", there are many to pick and choose from. There's a category of several

5. Hashtags, what you see now are called Birthday Birthstones.

You can visit the store to view all selections.

We all can appreciated

"Landscape Art" to a certain degree.  Here's a sample, I call this one

"Ocean Desert".  There's a huge selection to chose from, please visit the store and bores.

We all can appreciated "Art" to a certain degree.  Here's a sample, I call this one “Babbling Brook” it’s a 16 X 20 canvas

There's a huge selection to chose from, please visit the store and bourse and buy.